I use Exchange at work for calendaring. I also use terminal-mode emacsclient when I’m logged in from another machine. In that scenario I can’t easily open a web browser to use Outlook Web Access. It annoyed me that I couldn’t check my schedule from within a terminal Emacs session. Thus, I did the only sensible thing and implemented full Exchange Web Services API support for Emacs. 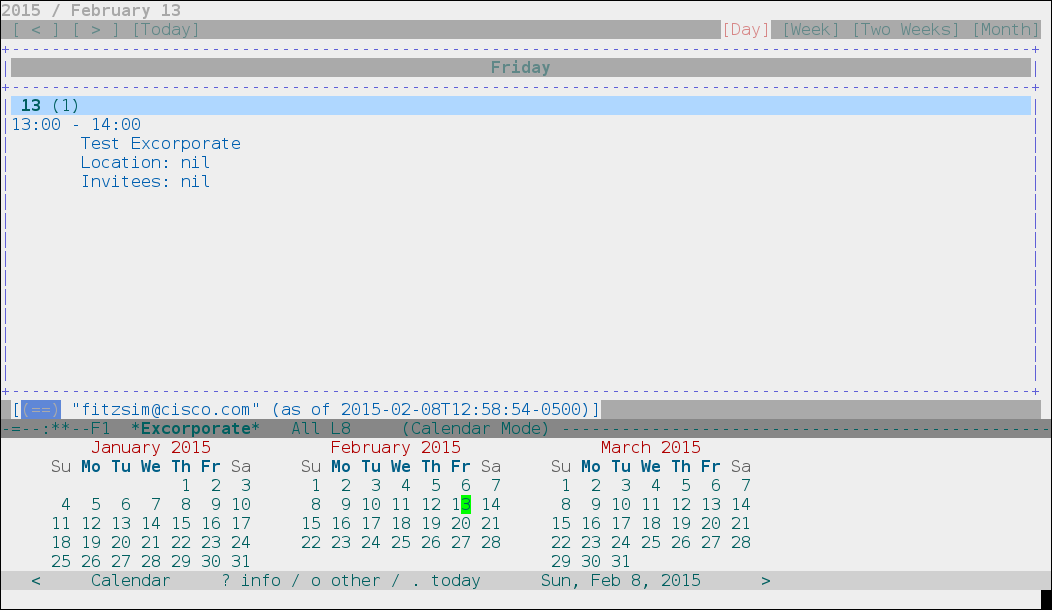 The result is a library called Excorporate that has proof-of-concept Calendar integration to show today’s meetings. It’s all written in Elisp, making it cross-platform. It’s also cross-Emacs; I tested it on Emacs 24.1 through Emacs 24.4, on GNU/Linux and MS-Windows. It works on all Emacs versions that support packages.

The tricky parts were:

I’m trying to get it into GNU ELPA so that other modes can always count on its core APIs being available from a default Emacs installation. I haven’t put it on GitHub yet, to keep it hidden from the ruthless efficiency of MELPA. I was impressed and appreciative when MELPA bundled slime-volleyball shortly after I released it. But I’d prefer to keep Excorporate in GNU ELPA only for now.

Anyway, I’m publishing this mode in the hope that it’s useful to other Emacs-and-Exchange users.

This site uses Akismet to reduce spam. Learn how your comment data is processed.